The Disgusting Truth About Butterflies 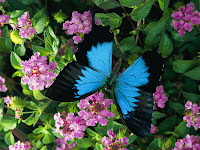 Along with ponies and rainbows and princesses, there are usually millions of brightly-coloured butterflies swarming around the flowery fairytale garden of every cliché female child. But maybe they shouldn’t be a part of this sickeningly girly idyll because they are actually quite gross. More specifically, it is their eating habits that can be repulsive.

People are taught – and generally this is true – that butterflies suck nectar from flowers for nourishment and drink from puddles through a long proboscis for water. Butterflies do this, but flowers are not their only source of food. Equally as commonly as they eat nectar, butterflies also feet on rotting fruit, animal dung and decaying corpses. Look at them, all there in that picture, all eating that poo. 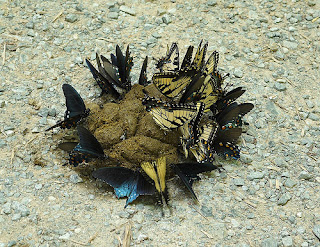 Flowers alone do not provide enough sodium for butterflies, so they are attracting to salty things. If a butterfly has ever landed on you, it is not because it likes you or because you look particularly like a flower; actually, it is because the butterfly was attracted by the smell of salt in your sweat and blood and it want to eat you. Maybe it did eat you, but its proboscis was so tiny that you didn’t feel it sucking at you.

When they feed off anything that has been discarded and is now rotting – including fruit, but more often poo and the flesh of dead animals and people – they do something called ‘mud-puddling’. This is generally a male behaviour, but not exclusively, and the nutrients collected from it are sometimes offered to females as a gift preceding mating, so those slags are hardly less disgusting. From mud-puddling, the butterflies take salts, sugars and proteins.

Some species of butterfly are particularly attracted to human urine for its sodium content. Others prefer dun or carrion (dead stuff) for the ammonium ions found the. Fruits provide sugars as well as alcohol when they are in a sufficient state of decay.

Although they are less popular, moths have similar feeding patterns. Some species are even known for their habits of sucking blood from sleeping animals and humans and others are sadistic enough to feed off tears.